The Detroit Zoological Society’s (DZS) award-winning sustainability initiatives go hand-in-hand with our commitment to wildlife conservation – every step we take to reduce our carbon footprint serves to protect the habitats of animals around the globe. 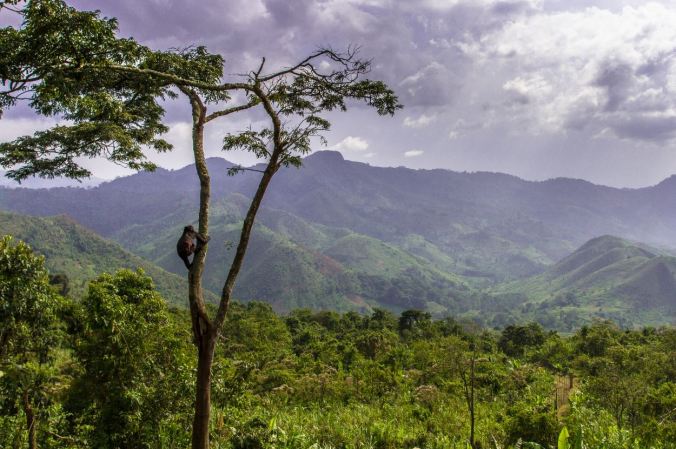 Wildlife are facing great challenges – from climate change and habitat loss to poaching and the exotic animal trade – leaving many species threatened, endangered or teetering on the brink of extinction. Human impact on the Earth has, in many cases, led to these dire situations they are in. More than 40 percent of all amphibians are at risk. From snow leopards to snails and from penguins to polar bears, the DZS is actively involved in wildlife conservation efforts worldwide – in the last two years alone, we were engaged in projects on six continents. 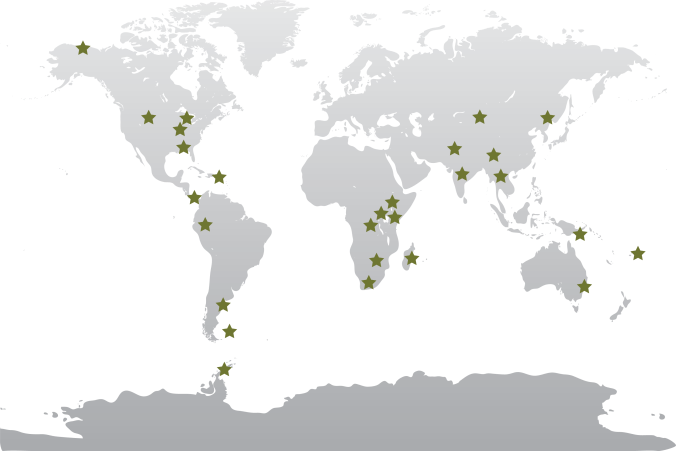 We have the power to make a difference. That’s why our inaugural Wildlife Conservation Gala on Saturday, March 18, is themed “Making a Difference”. All of us can take steps in our own lives to help reverse the crisis many animals are facing. It is our hope that our community will be motivated to join us on our Green Journey and commit to a better future for all that share this magnificent planet.

Our award-winning Greenprint initiative is a strategic plan that guides our operations and all that we do toward a more sustainable future. Our efforts include discontinuing the sale of bottled water on Detroit Zoo grounds – previously the No. 1 seller at zoo concessions – keeping 60,000 plastic bottles out of the waste stream annually. We also no longer provide plastic bags at our gift shops or souvenir stands; visitors are encouraged to bring their own bags or purchase wildlife-themed reusable bags.

We built the first zoo-based anaerobic digester in the country, which will annually convert more than 400 tons of animal manure into methane-rich gas to power the Detroit Zoo’s animal hospital. We recently unveiled a new parking lot that uses a progressive green design, reducing storm water runoff and improving water quality by filtering pollutants. Additionally, our operations are powered with 100 percent renewable electricity from wind farms, thanks to the support of the ITC Holdings Corp.

Our goal is to inspire others to join us on our Green Journey as we continuously look for ways to reduce our ecological footprint. By downloading our Shades of Green guide, you’ll find a number of actions you can do at home, including:

Please also consider joining us on March 18. By supporting the Wildlife Conservation Gala, you’ll help to ensure the long-term survival of critically endangered amphibians, reptiles, birds, mammals and invertebrates that represent the diversity of life on our planet. For more information or to purchase tickets to this 21-and-older, black-tie-optional affair, visit https://detroitzoo.org/events/zoo-events/conservation-gala.

Recently, I found myself trekking through the jungle, holding a machete, in search of the perfect piece of wood. This wasn’t a typical day of work for me with the Detroit Zoological Society (DZS) – I’m usually found in the National Amphibian Conservation Center (NACC) at the Detroit Zoo, changing filters, cleaning misting lines and feeding tadpoles. But on this particular day, I was in El Valle, Panama, a small town situated in the valley of an extinct volcano; the historic home to the Panamanian golden frog (Atelopus zeteki), a species that is critically endangered in the wild.

The DZS has maintained a breeding population of Panamanian golden frogs at the NACC since the year 2000 as part of the Association of Zoos and Aquariums’ Species Survival Plan, a cooperative management program that ensures genetically healthy, diverse and self-sustaining populations of threatened and endangered species. Since I personally care for and breed this delicate species at the Detroit Zoo, it was truly awe-inspiring for me to travel to Panama; to see and experience the tropical cloud forest habitat that was home to the golden frog until the late 1950s, when the last sightings were reported in the area. 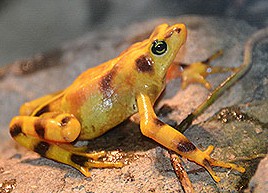 Like many amphibian population declines worldwide, the threat to the Panamanian golden frog is a multi-pronged, human-induced sucker punch of climate change, de-forestation and over-collection for the pet trade. Also, a very serious parasitic fungus known as Batrachochytrium dendrobatidis or “chytrid Bd” [ki-trid] became present in the area. This fungus thrives in the environment of a cloud forest and caused a dramatic decline in amphibians through the region.

Despite the thrill of viewing some amazing wildlife on our walk through the Panamanian jungle, I wasn’t there to enjoy the scenery. My purpose in traveling to El Valle was to assist the limited staff at the El Valle Amphibian Conservation Center (EVACC), a small conservation center dedicated to breeding and researching the country’s most endangered amphibians, as well as educating the community in Panama about the amphibians in the area.

For two weeks, I trained the staff at EVACC on habitat design and maintenance. I shared techniques for designing water features, drilling enclosures for bulkhead placement and “propping” habitats – gathering supplies like logs, plants and rocks to create a naturalistic environment. One day was dedicated to removing and replacing an old “roof ” of a habitat planned for golden frogs, which was the size of a living room. Other days involved finding things like sticks, logs and foliage to prop the habitats, and since all of the animals were from the surrounding area, most of what we were collecting could be found and disinfected within the grounds of the conservation center.

The EVACC’s newly designed habitats would be playing an important role in the “Golden Frog Day” in El Valle, a celebration of the magical amphibian that once lived and thrived among the misty forests of the mountains. Without public support in its country of origin, there could be no future for this animal. With newly renovated habitats and the beauty of this vibrantly colored amphibian, visitors to the center can begin to understand the value of this species and the power it holds as members of the community work to conserve it.

A true reward for all of this hard work and training came several days after leaving Panama, when I received an email from EVACC staff informing me that they had drilled their first tank and were using techniques that I taught them to install a new waterfall feature. While I had ditched my machete and my head lamp, no longer needing to trek into the jungle for my work with the Panamanian golden frogs at the Detroit Zoo, I know that the work we are doing some 4,000 miles away from their home is just as critical to the survival of this incredible species.

– Mark Vassallo is an amphibian department zookeeper for the Detroit Zoological Society.

We are very happy to report that 10 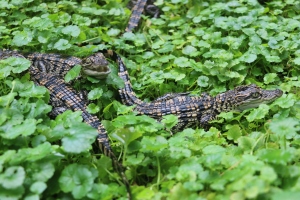 Siamese crocodiles recently hatched at the Detroit Zoo and will soon be released into the wild in Cambodia. The Siamese crocodile is one of the most endangered species of crocodile in the world, and was thought to be functionally extinct in the wild until the year 2000, when a small population was found in the highlands of southwest Cambodia. Now a total of around 250 Siamese crocodiles are believed to remain in three sub-populations. But it is still necessary to bolster the wild population so it can be sustainable into the future.

With Siamese crocodiles at zoos, there is sometimes a concern that there has been previous mating with other crocodile species, but genetic testing of the Siamese crocodiles at the Detroit Zoo confirmed that they are genetically pure and could be included in the Siamese Crocodile Species Survival Plan (SSP). An SSP is a program of the Association of Zoos and Aquariums, which strives to manage and conserve species populations in zoos and aquariums to ensure the sustainability of healthy, genetically diverse, and demographically diverse populations.

When suitable areas are available within the natural habitat of a species, individuals from SSP programs can sometimes be returned to the wild. The young crocodiles from the Detroit Zoo will be raised for several months by an adult crocodile pair at the St. Augustine Alligator Farm Zoological Park in Florida while permits are arranged for them to be released into protected areas of Cambodia.