Several years ago, we developed a project through the Detroit Zoological Society’s (DZS’s) Center for Zoo Animal Welfare to determine if we could identify specific personality traits in Blanding’s turtles. That’s right – turtles! Personality has been linked to survivorship in a number of species, and as the DZS is actively involved in conservation efforts with the Blanding’s turtle – a species of special concern in the state of Michigan – we wanted to learn more. Two personality traits emerged from our research: aggressiveness and exploration, with individuals ranging from low to high in either category. We also discovered that a connection exists between these traits and how Blanding’s turtles fare in the wild.

Researchers have been monitoring the population of Blanding’s turtles in Michigan for several years and making efforts to ensure their numbers don’t drop any further. Female Blanding’s turtles typically lay eggs this time of year, and they often travel rather long distances to find suitable nesting grounds. This certainly puts them at risk, especially as road mortality is one of the major threats they face. When baby turtles hatch, they must find their way back to water, which leaves them vulnerable to predation. The DZS became involved in a head-starting program for this species in 2011. This means that eggs are incubated at the Detroit Zoo and the hatchlings are allowed to grow up safely until they reach a certain size, at which point they are released back into the wild.

We used a series of behavioral tests to uncover specific personality traits, including what is often referred to as the mirror test. A mirror is placed in the testing space and the turtle can choose to approach it and to interact with it. As amazing as turtles are, they cannot recognize themselves in a mirror and hence perceive their reflection to be another turtle. By examining their reaction, we definitely saw each turtle as an individual. Some were reluctant to approach, some were uninterested, some were trying to interact gently, and some were very adamant that there was only room for one turtle in the pond!

Once we identified the personality traits, we wanted to understand what links there may be between personality and the turtles’ behavior and survival once released into their natural habitat. Field researchers from the University of Michigan-Flint tracked the turtles post-release for two years and shared their data with us.

Based on our analyses, turtles that demonstrated high exploration had better survival rates than those who scored low in exploration. During the first year, turtles that were more aggressive traveled further from their release site, but over the entire course of the tracking period, turtles that were more exploratory traveled the most. Turtles that were rated as more aggressive and exploratory were found basking more often. Turtles will rest in the sun to help thermoregulate. This helps them to be more energetically efficient, but being exposed may put them at higher risk of predation. The different personalities therefore behave in different ways that amount to a trade-off in risks and benefits.

Finally, all turtles, regardless of personality, showed a distinct preference for areas vegetated with cattails. Given this demonstrated preference, we now know that this type of habitat might really benefit turtles in future releases.

– Stephanie Allard, Ph.D., is the director of animal welfare for the Detroit Zoological Society and oversees the Center for Zoo Animal Welfare.

The Detroit Zoo recently hosted the first international Hazardous Waste Operations and Emergency Response (HAZWOPER) training, facilitated by the Alaska Sea Life Center of Seward, Alaska. Part of the Detroit Zoological Society’s (DZS’s) dedication to conservation includes annual training for DZS staff in HAZWOPER, which allows them to be prepared to respond immediately and help save wildlife affected by oil spills and other environmental emergencies locally, nationally and internationally.

The first international HAZWOPER training included 10 DZS staff members and eight other individuals from zoos accredited by the Association of Zoos & Aquariums (AZA). Currently, there are only 90 individuals from 50 AZA institutions who have this level of training, which included a two-day classroom course, an eight-hour online course on the nationally recognized Incident Command System, and an environmental disaster drill. The eventual goal of AZA and the Alaska Sea Life Center is to develop regional emergency centers across the country. 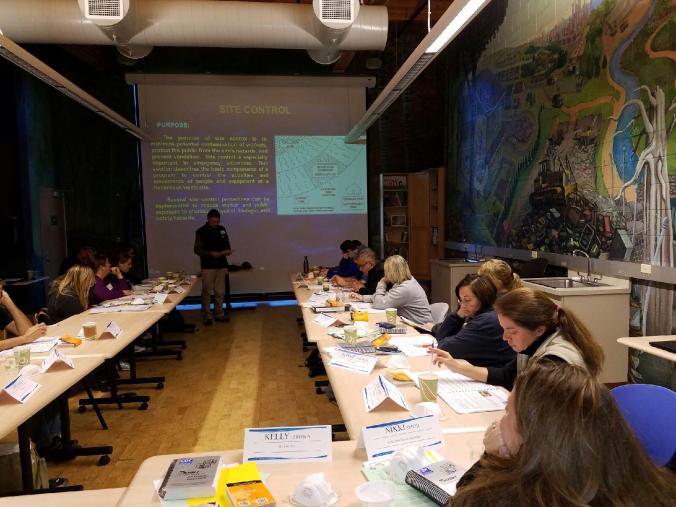 DZS staff has responded to three significant oil spills, providing assistance with the rehabilitation of several species and tens of thousands of animals.

Deepwater Horizon/BP
The largest marine oil spill in history took place in the Gulf of Mexico in April 2010 when the Deepwater Horizon oil rig exploded and the BP pipe leaked an estimated 2.2 million gallons of crude oil into the Gulf every day for nearly three months. This oil spill affected 400 different species of wildlife, including 8,000 birds, 1,100 sea turtles and 109 mammals. DZS Veterinary Technician Amanda Dabaldo traveled to New Orleans in July 2010 to assist with the recovery efforts.

Enbridge
The Enbridge Oil Spill occurred in July 2010, when a broken pipeline leaked oil along 25 miles of river between Marshall and Battle Creek, Mich. An estimated one million gallons of oil affected thousands of animals including birds, mammals and reptiles – turtles were most affected. The Detroit Zoo, along with other AZA zoos including the Toledo Zoo, Binder Park Zoo, Fort Wayne Children’s Zoo, Potter Park Zoo and the John Ball Zoo, partnered with teams such as Focus Wildlife, TriMedia Environmental and Engineering Services LLC, the Michigan Department of Natural Resources and Environment, and the U.S. Fish and Wildlife Service to set up a rehabilitation center in Marshall. Nine DZS staff members spent more than 600 hours between August and October 2010, providing daily care for frogs and turtles.

Treasure
In June 2000, the oil freighter Treasure sank off the coast of Cape Town, South Africa and 1,300 tons of fuel oil spilled near the largest colonies of African penguins.

Forty percent of the penguin population was affected by this oil spill; 19,000 of the birds had oiled feathers and went through the rehabilitation process, 3,300 chicks that were abandoned were reared and released; and about 19,500 birds were air-lifted and taken several miles up the coast and released. 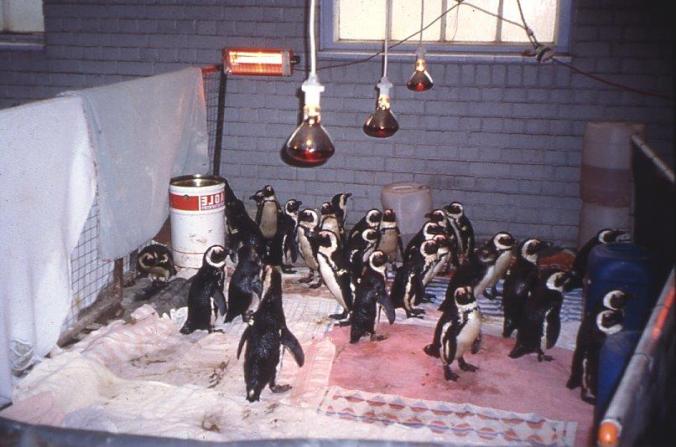 – Bonnie Van Dam is the associate curator of birds for the Detroit Zoological Society.

Stephanie Allard, PhD. is the Director of Animal Welfare for the Detroit Zoological Society and oversees the Center for Zoo Animal Welfare.

Part of the Detroit Zoological Society’s (DZS) mission is to demonstrate leadership in wildlife conservation and animal welfare. This includes taking a compassionate approach to conservation projects. Often, conservation actions, such as programs that reintroduce animals into wild habitats, are more focused on protecting species or populations, and this can come at a cost to 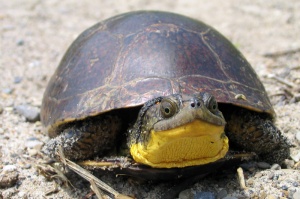 individual animals. For some species, personality traits may be linked to survival success when animals are returned to the wild. Therefore, we designed a study to look for personality traits in Blanding’s turtles, a species of special concern in the state of Michigan that the DZS has been helping to reintroduce into the wild.

In this study, turtles are hatched and raised at the Detroit Zoo and are released when they reach a size that would make them less likely to be killed and eaten by raccoons and other predators. Some of the turtles are fitted with GPS trackers prior to being released so their movements can be followed.

The goal of the personality project was twofold: First, we hoped to uncover personality traits in the turtles, as little animal personality research has focused on reptiles. The 24 turtles selected to wear trackers underwent simple behavioral tests to determine how likely they were to explore, acquire food, and how they responded to seeing themselves in a mirror which can tell us about their reaction to other turtles. Preliminary results of the behavioral tests suggest that several personality traits may be present in the turtles, including boldness and exploration. 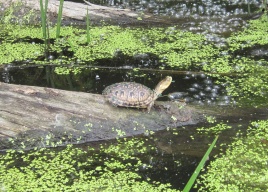 The next step will be to use the information shared with us by the field biologists to see if personality traits had any impact on how well each turtle did during the year following their release. This kind of information could help to make the best possible decisions when deciding where to release individual turtles in order to maximize their success in returning to the wild.