The Detroit Zoo recently hosted the first international Hazardous Waste Operations and Emergency Response (HAZWOPER) training, facilitated by the Alaska Sea Life Center of Seward, Alaska. Part of the Detroit Zoological Society’s (DZS’s) dedication to conservation includes annual training for DZS staff in HAZWOPER, which allows them to be prepared to respond immediately and help save wildlife affected by oil spills and other environmental emergencies locally, nationally and internationally.

The first international HAZWOPER training included 10 DZS staff members and eight other individuals from zoos accredited by the Association of Zoos & Aquariums (AZA). Currently, there are only 90 individuals from 50 AZA institutions who have this level of training, which included a two-day classroom course, an eight-hour online course on the nationally recognized Incident Command System, and an environmental disaster drill. The eventual goal of AZA and the Alaska Sea Life Center is to develop regional emergency centers across the country.

DZS staff has responded to three significant oil spills, providing assistance with the rehabilitation of several species and tens of thousands of animals.

Deepwater Horizon/BP
The largest marine oil spill in history took place in the Gulf of Mexico in April 2010 when the Deepwater Horizon oil rig exploded and the BP pipe leaked an estimated 2.2 million gallons of crude oil into the Gulf every day for nearly three months. This oil spill affected 400 different species of wildlife, including 8,000 birds, 1,100 sea turtles and 109 mammals. DZS Veterinary Technician Amanda Dabaldo traveled to New Orleans in July 2010 to assist with the recovery efforts. 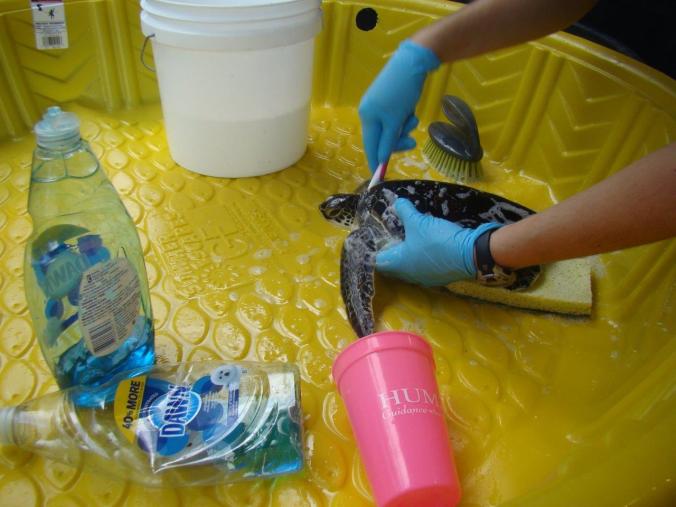 Enbridge
The Enbridge Oil Spill occurred in July 2010, when a broken pipeline leaked oil along 25 miles of river between Marshall and Battle Creek, Mich. An estimated one million gallons of oil affected thousands of animals including birds, mammals and reptiles – turtles were most affected. The Detroit Zoo, along with other AZA zoos including the Toledo Zoo, Binder Park Zoo, Fort Wayne Children’s Zoo, Potter Park Zoo and the John Ball Zoo, partnered with teams such as Focus Wildlife, TriMedia Environmental and Engineering Services LLC, the Michigan Department of Natural Resources and Environment, and the U.S. Fish and Wildlife Service to set up a rehabilitation center in Marshall. Nine DZS staff members spent more than 600 hours between August and October 2010, providing daily care for frogs and turtles. 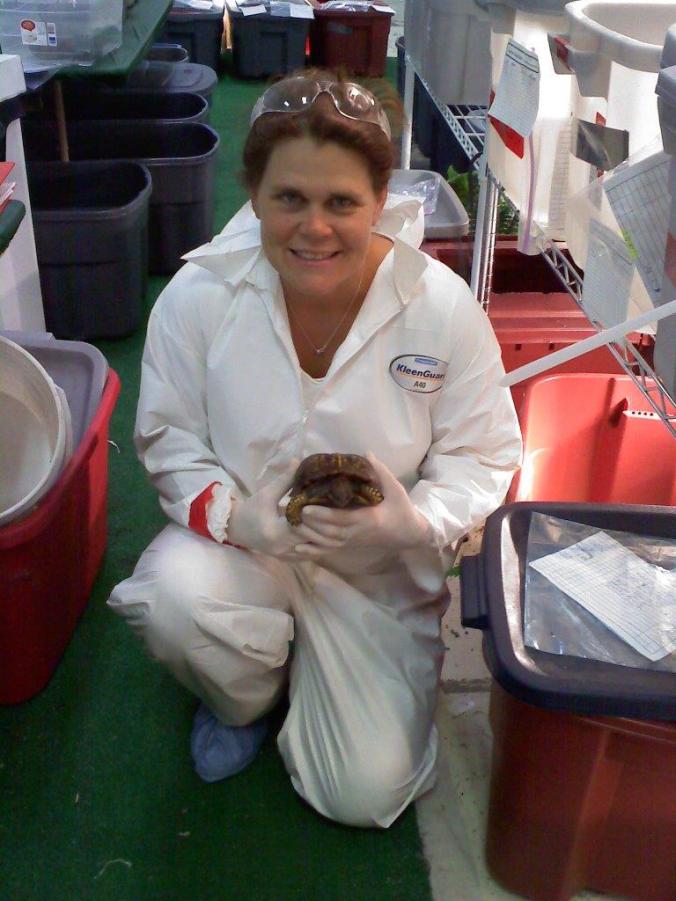 Treasure
In June 2000, the oil freighter Treasure sank off the coast of Cape Town, South Africa and 1,300 tons of fuel oil spilled near the largest colonies of African penguins. 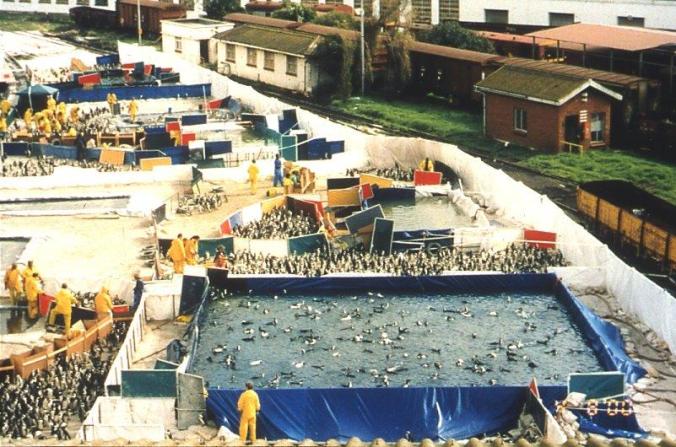 Forty percent of the penguin population was affected by this oil spill; 19,000 of the birds had oiled feathers and went through the rehabilitation process, 3,300 chicks that were abandoned were reared and released; and about 19,500 birds were air-lifted and taken several miles up the coast and released.

– Bonnie Van Dam is the associate curator of birds for the Detroit Zoological Society.