Hello from the bottom of the world!

As a zookeeper who spends a lot of my time in an “arctic” environment in the Detroit Zoo’s Arctic Ring of Life, I never thought I’d be lucky enough to find myself on either pole and yet, here I am in Antarctica. The Detroit Zoological Society (DZS) is engaged in ongoing field conservation work here alongside the Polar Oceans Research Group, studying the populations of penguins and other seabirds. As part of this project, I joined the team at the U.S. Palmer Research Station on the Antarctic peninsula to live and work for a month during the austral summer. The route from Detroit is through Punta Arenas, Chile and then aboard the Laurence M. Gould icebreaker supply ship for a four-day ride across the rough seas of the Drake Passage. It was well worth it as we passed icebergs and whales along the way. Other passengers on the ship included biologists, a welder, an artist, IT personnel and others who had various goals once they reached the White Continent. The DZS’s mission for the next month is to take part in a three-person team involved in a long-term ecological research project studying Antarctic seabirds. 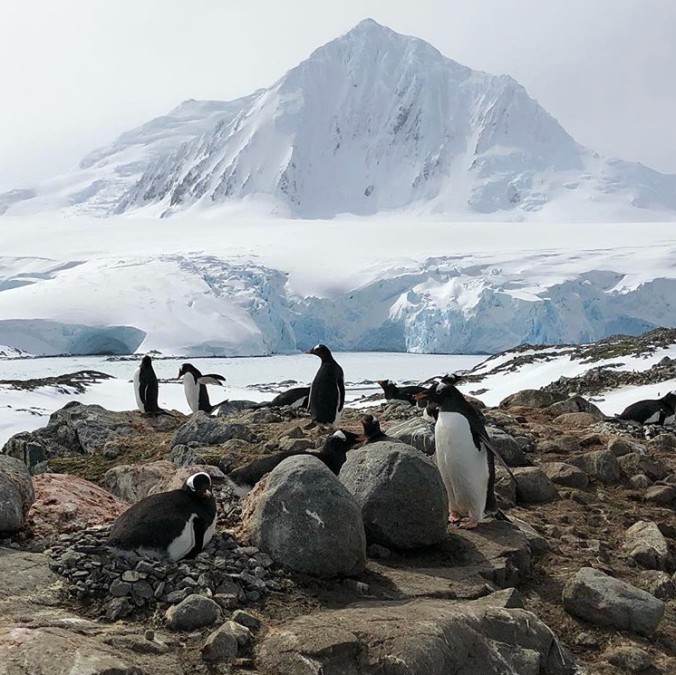 Weather permitting, we spend each day taking small boat rides to various islands to conduct as much fieldwork as the conditions will allow. This includes counting various species of birds and marine mammals, attempting to read ID band numbers (placed by biologists on birds’ legs to be able to keep track of age and location over the years) and adding GPS tags to different animals to monitor their movement.

The animals here are so removed from human activity that some species can actually be approached very closely by researchers and not fly away. All of this work is coordinated by the principal investigators and founders of the Polar Oceans Research Group, Dr. Bill Fraser and Donna Patterson-Fraser. Dr. Fraser is a well-respected polar ecologist and consulted on the design of the Detroit Zoo’s Polk Penguin Conservation Center.

Our research is indicating how populations of seabirds are being altered as a result of the changing climate. For example, adélie penguin populations have declined 80 percent in the area near Palmer Station, while more ice-independent species are moving into the area, such as gentoo penguins (one of four species of penguin who live at the Zoo). I’m so grateful to be here representing the Detroit Zoological Society and studying these incredible wildlife species alongside brilliant biologists.

– Flo Yates is a zookeeper for the Detroit Zoological Society who is taking part in a rare and extraordinary opportunity to conduct scientific research in Antarctica during the austral summer.

2 thoughts on “Notes from the Field: Conducting Scientific Research in Antarctica”