Seven weeks ago, I was asked by the Detroit Zoological Society to travel to Antarctica for part of the “austral summer”, which is the time period from November through March in the southern hemisphere, for a rare and extraordinary opportunity to assist a field team with penguin research. Before leaving, I had to pass rigorous medical testing, losing a couple of wisdom teeth along the way. Over the next few weeks, I acquired gear and packed everything I would have for the next three months into two 50-pound bags.

With bags in hand, I headed to Detroit Metropolitan Airport to begin the long, 7,500-mile journey. I traveled from Detroit to Dallas to Santiago, Chile and finally landed in Punta Arenas, Chile, some 25 hours later. Punta Arenas is a very windy but beautiful city with the Andes in the background and the Straights of Magellan winding along the coast.

The following day, I moved onto the Laurence M. Gould, a 230-foot Antarctic research and supply boat, which will be my home for the next week. We then set sail for the U.S. Palmer station. I woke up the next morning with the boat slowly rolling, as we traveled south down the east coast of South America in the Atlantic Ocean. We have been greeted with numerous Magellanic penguin sightings. 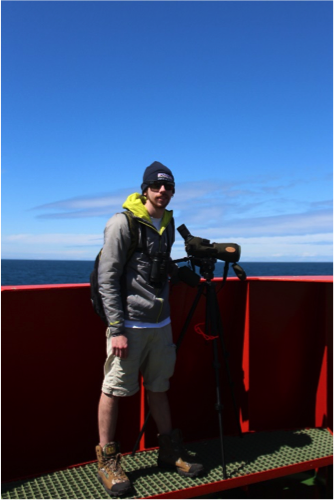 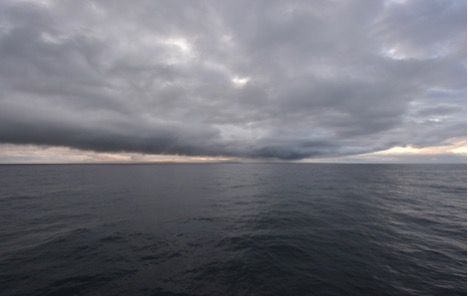 Throughout the day, we continued south towards the infamous Drake Passage. We will enter the Drake with our fingers crossed, as it is known to have some of the roughest waters in the world. Once we arrive at the Palmer Station, I will join the “Seabird” team, which is a division of the Long Term Ecological Research (LTER) studies in the Antarctic Peninsula. Here I will assist with the annual austral summer research for projects headed by the world-renowned polar ecologist and penguin expert Dr. Bill Fraser and his wife, Donna Patterson-Fraser. Bill and Donna are incredible, experienced scientists who have spent years studying Antarctic birds, climate change and how they relate.

Our typical day will start by getting up early and watching the weather. As long as conditions look promising, we will get in a zodiac and drive to one of the many smaller islands located around the Palmer Station, where we will study the birds. Most of our study subjects will be gentoo, chinstrap and Adelie penguins as well as southern giant petrels. Throughout the summer, we will examine diet, population numbers, breeding and more.

Back on the boat, there has been a lot of wildlife around us. Dolphins swim through the ocean while birds cruise around us. Cape petrels, southern fulmars, black-browed albatrosses, and many more have gracefully glided alongside the boat. 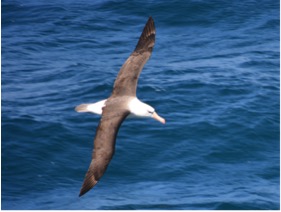 We are just passing the tip of South America, headed for the Drake Passage. Wish us luck and calm seas! The next time I report back, we should be on land at the Palmer Station.

– Matthew Porter is a bird department zookeeper for the Detroit Zoological Society and is traveling to the U.S. Palmer Station in Antarctica for a rare and extraordinary scientific opportunity to assist a field team with penguin research.

One thought on “Notes from the Field: The Journey to Antarctica”