In what seems like the blink of an eye, this incredible journey at the bottom of the Earth has come to an end as I write to you back home at the Detroit Zoo. Three months ago, I flew to Chile, sailed across the Drake Passage and landed on Anvers Island in Antarctica. My home became the U. S. Palmer Station where I joined the expert field team of Polar Oceans Research Group.

We zodiac’ed around the local waters through wind, snow, and ice day after day, traversing the stunning landscape to study penguins, skuas, southern giant petrels, and more. Through the quick Antarctic summer, we travelled to many rocky islands, watching the birds lay eggs and diligently incubate them to hatching. Then the dedicated parents brooded their chicks, foraging often to find krill, fish, and more to feed their downy kin in an effort to raise them to maturity. 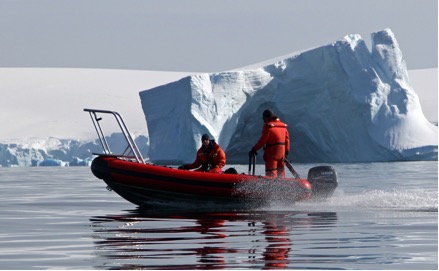 In my final days of observation, the birds continued to grow. The Adelie chicks lost most if not all of their down and are were almost ready to hop in the Southern Ocean for their first swim. The chinstraps were just behind them, but the gentoos were still downy, with a little more time to grow before hitting the chilly waters. The brown skua chicks were running all over the place as their primary flight feathers were quickly developing. The southern giant petrel parents were regularly leaving their chicks alone at the nest while they went out in search of food. 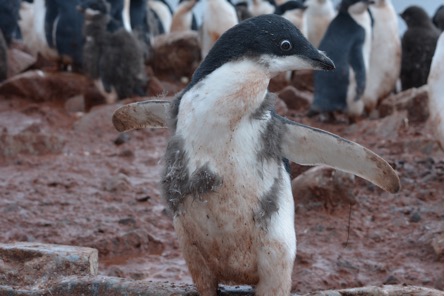 As we studied the birds, we had to watch out for the many fur seals that had joined the neighborhood, as they do around this time every year. We also saw a couple more humpback whales in the area. One playful individual made quite a commotion on the surface and was repeatedly lunge-feeding, devouring lots of krill. 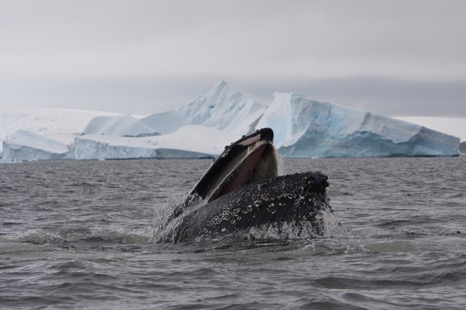 Antarctica is now a part of me, and a very special part of our world. The Antarctic peninsula is one of the fastest changing places as the world’s environment changes. It will take a worldwide effort to help our planet, but every conscious decision you make to respect, recycle, and conserve will help turn the tides. I am so proud to be a part of our Detroit Zoological Society. Please walk with us down the path of sustainability. Thank you for reading and joining me on this extraordinary journey.

– Matthew Porter is a bird department zookeeper for the Detroit Zoological Society who spent the last few months at the U.S. Palmer Station in Antarctica for a rare and extraordinary scientific opportunity to assist a field team with penguin research.

2 thoughts on “Notes from the Field: Saying Goodbye to Antarctica”