Most people probably don’t consider vultures to be lovable creatures. But I do, which is why I spent a month this winter working with VulPro, an African vulture conservation organization that rescues and rehabilitates sick and injured vultures. I first fell in love with the African vultures who live here at the Detroit Zoo – there are four different species with as many different personalities as there are individual vultures. By caring for these animals, not only did I gain affection and respect for African vultures, but I also gained special skills in the veterinary care of these amazing birds, and I was thrilled when the Detroit Zoological Society gave me the opportunity to use those skills to help directly with the conservation of wild vultures in Africa. 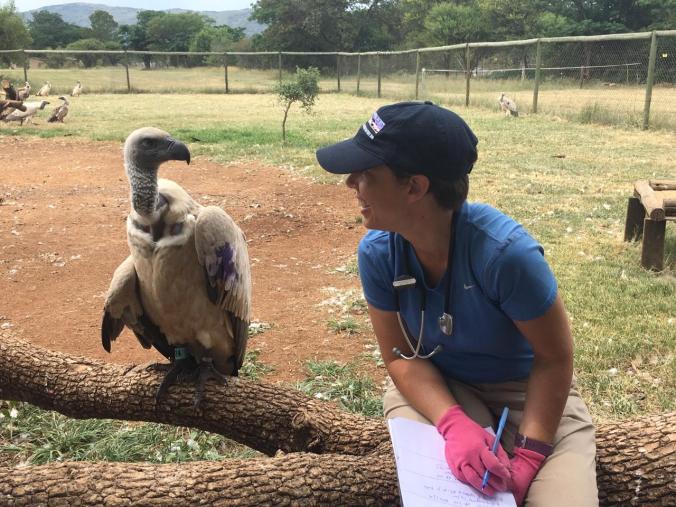 You may wonder why African vultures need saving. Groups of turkey vultures soaring overhead are a common sight here in Michigan. Fortunately, North American vulture species are doing well, but all across the continent of Africa, populations of wild vultures are declining rapidly. There are 11 species of vultures in Africa, and according to the International Union for the Conservation of Nature Red List, seven of those species are currently endangered or critically endangered.

Vultures play a significant role in the ecosystem health; they are essentially nature’s clean-up crew. By scavenging and cleaning up carcasses, they can prevent the spread of deadly diseases, such as anthrax and botulism, and they have an amazing ability to clean up these diseases without becoming infected themselves. Without vultures around to provide their sanitation services, infected carcasses disappear more slowly and attract more mammalian scavengers, resulting in a huge increase in the potential for disease transmission. Thus, it is hugely problematic that African vulture populations are plummeting and so quickly.

There are numerous threats to wild populations of vultures. In South Africa, power line collisions are one of the biggest threats to vultures. In other places, vultures are subject to poisoning; for instance, poachers will often poison carcasses to prevent circling vultures from alerting rangers to the poached animal’s remains. Sometimes vultures are unintentionally poisoned when a farmer is trying to target a predator, such as a lion, that has been preying on cattle. Vultures can also face long-term health problems from eating carcasses that have bullet fragments in them, causing lead poisoning. 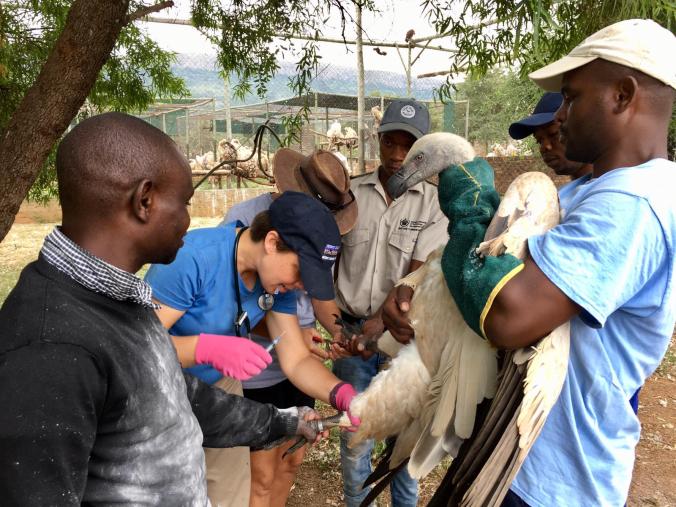 African vulture populations are in serious need of help, and the Detroit Zoological Society is working with VulPro, an African vulture conservation organization based near Pretoria, South Africa, to rehabilitate the sick and injured wild vultures they receive and release them back into the wild. When staff are unable to restore a vulture’s ability to survive in the wild, the bird becomes a resident at VulPro and has the opportunity to nest and breed. The offspring are then released into the wild. 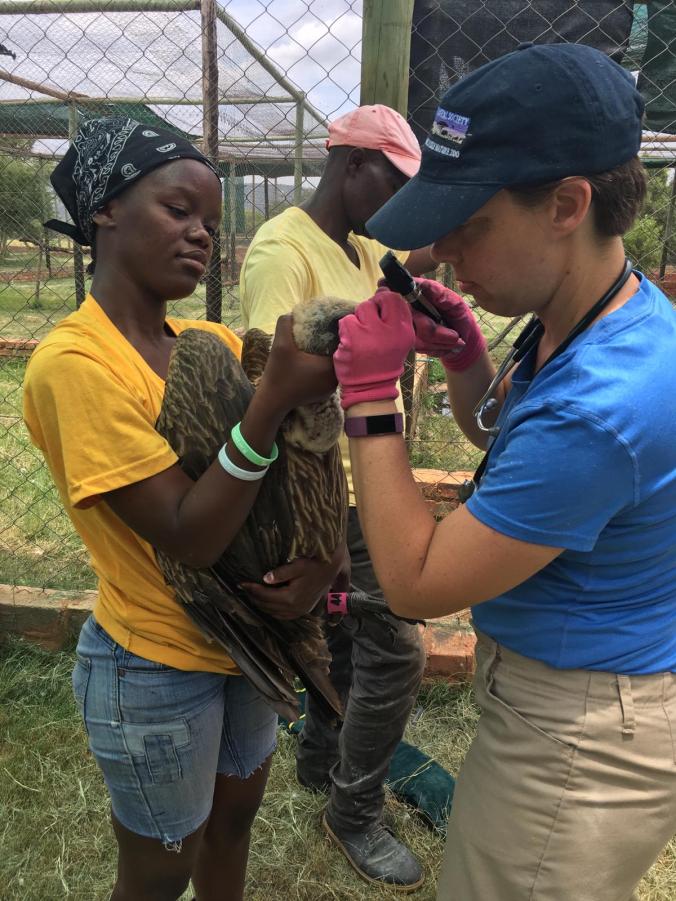 In January, I traveled to South Africa to perform routine health checks for the more than 200 vultures that live at VulPro’s facility. This involved checking their body condition, listening to their heart and lungs, checking wing and leg joints, and looking into their eyes. We also set up a small laboratory for VulPro, where we collected blood to look at red and white blood cell counts, measure blood protein levels, and test for the presence of lead. I also checked fecal samples to look for parasites. Our results showed the overall health of the residents at VulPro is excellent!

This partnership with VulPro is the latest in the Detroit Zoological Society’s comprehensive wildlife conservation programs. We are committed to saving birds around the world.

– Dr. Sarah Woodhouse is a veterinarian for the Detroit Zoological Society.

There was an error retrieving images from Instagram. An attempt will be remade in a few minutes.