This is Part II of a series about a recent conservation expedition to the Falkland Islands by the Detroit Zoological Society to understand the threats facing populations of wild penguins and seabirds. For Part I, click here.

Conducting scientific research in the Falkland Islands can be logistically challenging. Located 300 miles to the east off the southern tip of South America, this remote territory consists of two main islands and several hundred smaller islands dotting the South Atlantic. Some of these islands have rocky cliffs at the ocean’s edge. Others are completely inaccessible. 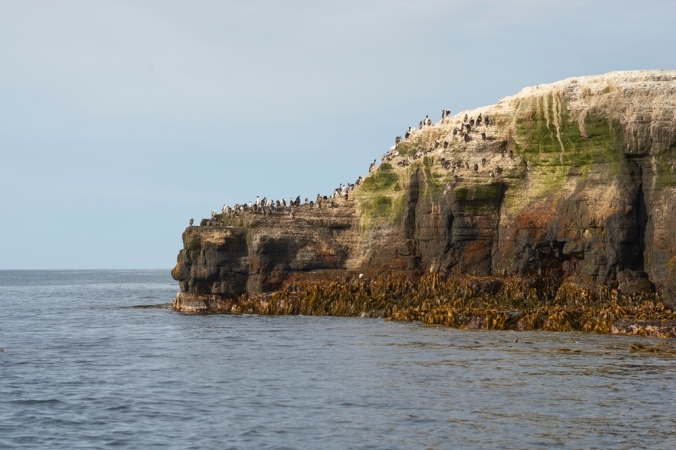 With this said, the Falkland Islands provide critical habitats for several species of penguins, seabirds and other wildlife, and such fieldwork is necessary to preserve these populations and understand the risks they face. Threats are looming from oil extraction and increasing ecotourism in the area.

The Detroit Zoological Society (DZS) was asked by a partner organization called Falklands Conservation to develop a project that would explore the impacts of infectious disease, pollution and tourism on these populations. After months of preparation, a DZS veterinary team embarked on the mission.

Traveling to the Falklands from Detroit is a 50-hour journey. First, you fly to Atlanta and then to Santiago, Chile. The next day, you fly to Punta Arenas, Chile and then continue on to Stanley, the largest city in the Falklands. Stanley has a population of roughly 2,000 people, and about 900 people live elsewhere in the islands. By comparison, there are approximately 450,000 sheep spread over the islands, which amounts to more than 150 sheep per human. There is also an estimated 800 miles of coastline in the Falklands, which is home to four species of penguins and numerous other seabirds. 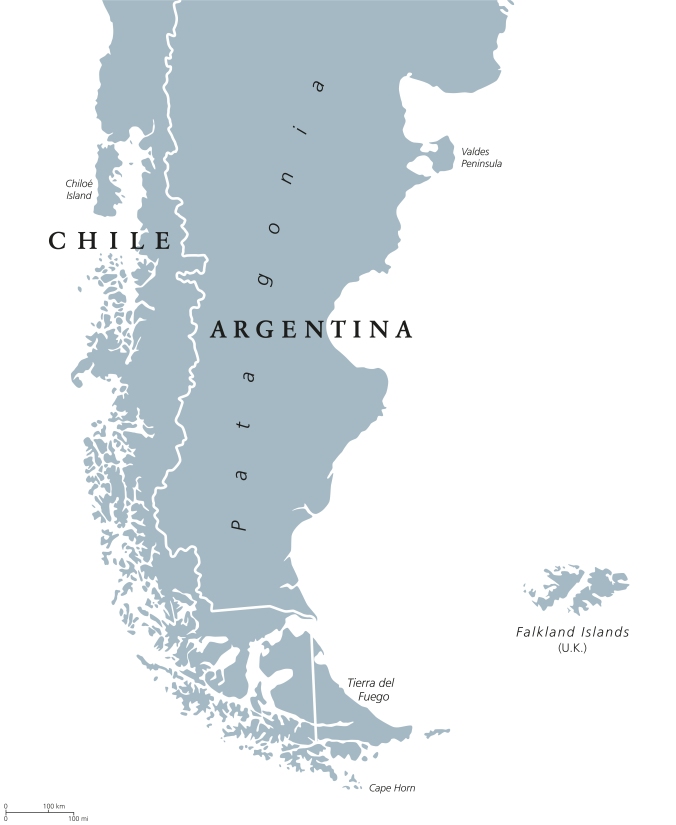 The DZS’s goal was to take blood and feather samples from penguins living in different locations within the Falkland Islands. Some had experienced the presence of humans, industrial shipping and oil activity and others were far removed from these potential impacts. The team also set out to examine two penguin species, one that tends to forage closer to land and one that travels far out to sea.

The research team’s home base for the expedition was a 55-foot sailboat. Each morning, the team would pack supplies into backpacks, get dropped off on an island and hike to various penguin colonies to collect the samples over an eight-hour period. One day, the team was set up on a beach near a gentoo colony and the next was spent on rocky cliff near a rockhopper colony.

Each penguin was handled for less than 10 minutes, during which time the team conducted a physical exam, took swabs to test for viruses and bacteria, collected blood and used scissors to trim a few feathers for toxicology testing. Afterward, each of the penguins went right back to their colonies and continued their regular activities of grooming and socializing. 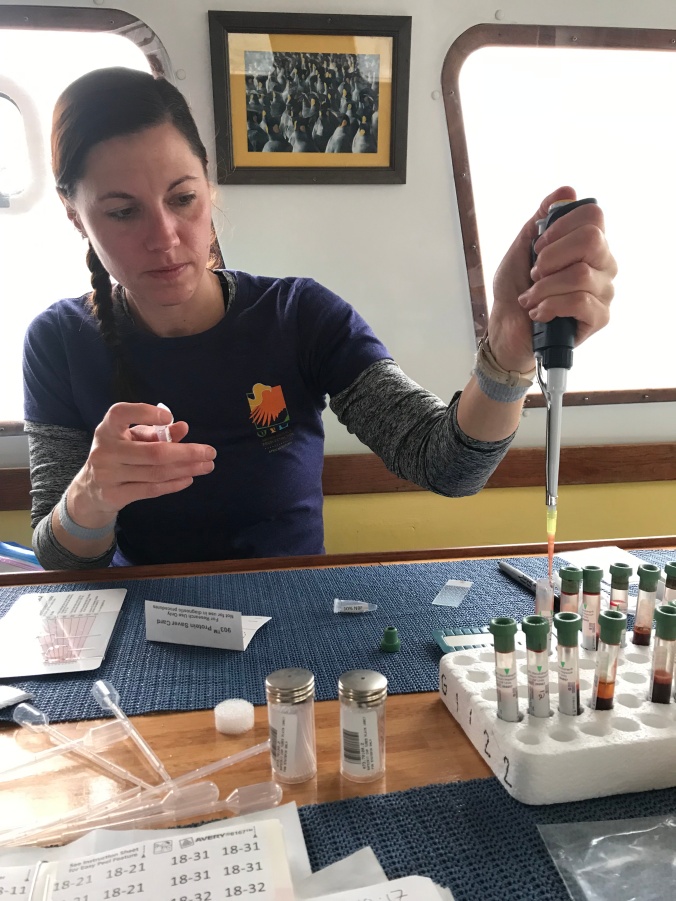 In the evenings, our researchers took over every surface of the boat and spent three or four hours centrifuging the blood, making slides and getting samples ready for storage in liquid nitrogen tanks for preservation until our return to Michigan. 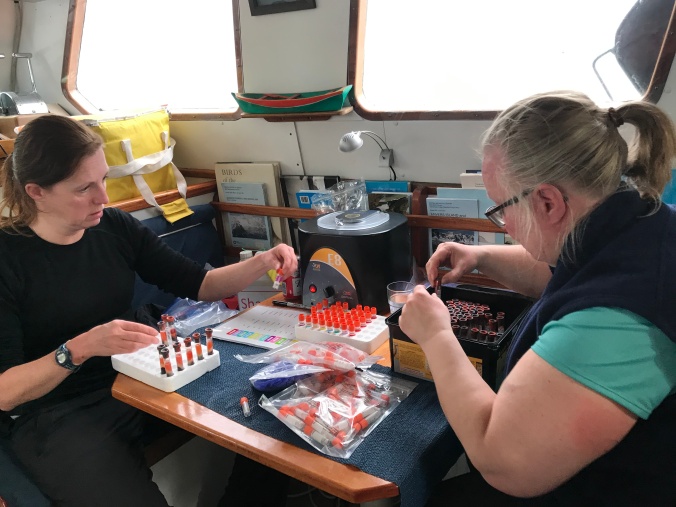 In all, the team examined 95 penguins. Our hope is that we can better understand the current health status of these penguins as well as the impacts disease and exposure to environmental toxins and humans may have on wildlife. Ultimately, measures could be taken in this region to ensure important marine habitats – and the wildlife who rely on them – are protected.

– Dr. Ann Duncan is the director of animal health for the Detroit Zoological Society and oversees the Ruth Roby Glancy Animal Health Complex.